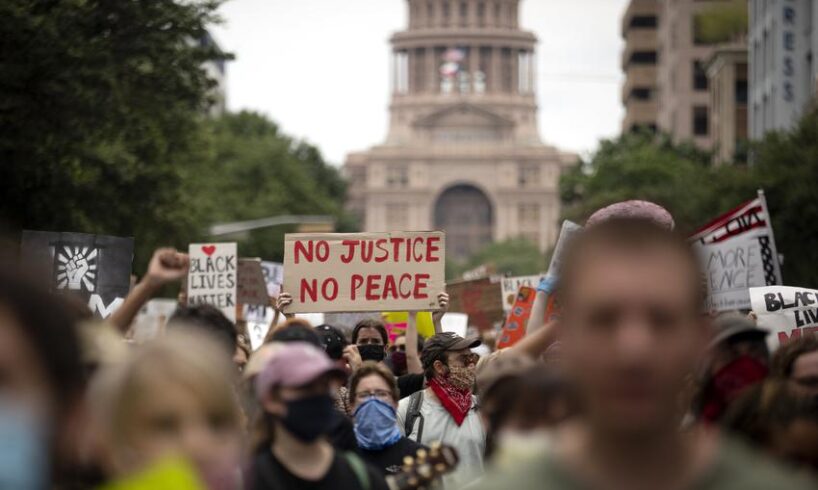 In a normal year, local officials seeking reelection would have been on the ballot a month ago. Local elections were supposed to be held May 2 in Texas but were postponed because of the coronavirus pandemic, just like the runoff elections that were originally to be held that month.

That delay could put some of the candidates on the spot, asking voters for support after property taxes are set and after budget votes that are sure to include big cuts and long discussions about spending in general and spending on law enforcement in particular — especially after the demonstrations that followed the killing of George Floyd in police custody in Minneapolis. The candidates will be campaigning after months of pandemic and economic turmoil, and with the overwhelming noise of the top-of-the-ballot race between President Donald Trump and former Vice President Joe Biden.

May elections, by comparison, seem so tranquil.

July 14 is the new date for the runoffs; early voting starts June 29. But the local elections were pushed to November.

What’s ahead is a busy few months that will give voters new things to think about before they choose local, state and federal officeholders.

The federal and state candidates are used to this; it’s the normal schedule for their elections. Locals aren’t.

Between now and the November election, voters who own homes or other property will see their final values set. City councils, county commissions and school boards will figure out their budgets and, with that, the rates for taxing those properties.

Those governments are looking at big drops in revenue. The economic bust sparked by the pandemic put a big dent in sales and, with it, sales taxes. Comptroller Glenn Hegar reported that sales taxes fell 9.3% in April and more than 13% in May. That’s the state’s biggest source of revenue, and it’s also a large source of money for local governments.

That might push local officials to lean on property taxes — a bigger source of revenue and also a volatile political subject. Last year, the Legislature attempted to limit growth in that tax by requiring voter approval for increases of more than 3.5%. There are legal questions about whether that limit applies during a pandemic, but the politics of raising taxes during a major recession aren’t that hard to work out — especially if the incumbents are on the ballot after their decisions, instead of before.

Demonstrations against police brutality compound the budget question for Texas cities, where criminal justice is typically the biggest single item in the budget. Calls to defund the police, or to reform law enforcement practices, will now be part of this year’s budget negotiations in many local governments. From a purely political standpoint, that’s another thorny debate voters will have in mind when they go to the polls.

Timing is everything. Those governments do a lot of these things every year, but they typically follow elections, coming after new commissioners, council members and school trustees are chosen.

Just-elected politicians, at least in theory, step out of campaign mode and into government mode, doing the work people sent them to do. And they don’t have to answer for it immediately.

As with so many things in 2020, the normal order has been flipped. The local elected class will take on the hard questions before the November elections, setting police budgets, overall budgets, tax increases and/or spending cuts and then waiting to see how the voters like their work.

The presidential race will be the main attraction. It always is when it’s on the ballot. But Texas voters are about to send instant report cards to show local pols how happy or unhappy they are — a rare instance of instant karma for the political class.

The article was published at Analysis: A surprise accountability test for local politicians.