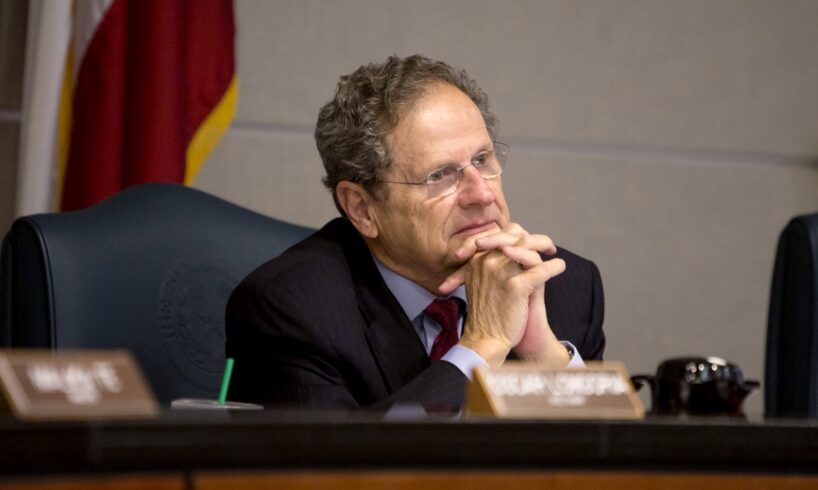 Rick Miller is hardly the first Texas legislator to make a racist remark. The news here is that he was roundly and quickly abandoned by elected Republican leaders who usually disappear into their lairs when words like Miller’s are spoken.

In an interview with the Houston Chronicle, Miller assessed two of his Republican primary opponents in racial terms: “He’s a Korean,” he said of Jacey Jetton, a former county GOP chairman. “He has decided because, because he is an Asian that my district might need an Asian to win. And that’s kind of racist in my mind, but anyway, that’s not necessary, at least not yet.”

Leonard Chan “jumped in probably for the same reason,” Miller told the paper. “I don’t know, I never met the guy. I have no idea who he is. He has not been around Republican channels at all, but he’s an Asian.”

Gov. Greg Abbott revoked his endorsement of Miller in response, an exception to the governor’s stated intention to back any and all Republican lawmakers seeking reelection. Linda Howell, the current Fort Bend GOP chair, said Miller should consider getting out of the way to “allow a candidate that fully embraces and respects diversity in candidates and office holders to fill this important seat.” Miller announced a change of plans soon after, calling his remarks “insensitive and inexcusable” and saying he won’t seek a fifth term in the Texas House.

“My comments were not made with malice nor do they reflect who I am or who I strive to be,” he said in a statement. “I want to publicly apologize to Jacey, Leonard and my constituents and friends who have put their trust in me through the years. I do not want to be a distraction for my party or my constituents, and therefore I have decided not to seek re-election.”

Give him this: You don’t often see public apologies, either from politicians or celebrities, as straightforward as Miller’s. He screwed up and said he was sorry. That’s rare.

By the next day, Comptroller Glenn Hegar, a Republican who represented Fort Bend County as a legislator, and state Sen. Lois Kolkhorst, who represents it now, had endorsed Jetton, one of the three Republicans who were set to challenge Miller in the March primary.

That has to be a new land-speed record for Texas Republicans.

What happened to Miller this week was unusual because of the strong GOP backlash. There was nothing like it when U.S. Rep. Pete Olson, a Republican from the same county, called his 2018 Democratic opponent, Sri Kulkarni, a “liberal, liberal, liberal Indo-American who’s a carpetbagger.”

Only House Speaker Joe Straus spoke up when then-state Rep. Matt Rinaldi, R-Irving, called on federal immigration authorities to round up “sanctuary cities” legislation protesters in the House gallery in 2017. “There’s no excuse for members making insensitive and disparaging remarks on the floor of the Texas House,” Straus said at the time.

Texas Agriculture Commissioner Sid Miller (no relation to Rick Miller) didn’t lose the public support of other Republican officials with a Twitter message comparing Syrian refugees to rattlesnakes in 2015 — a year after he won that statewide office.

Lisa Luby Ryan didn’t hear from the endorsement police last year when she told an audience at a Dallas forum that her son “had been robbed by three black thugs, with 9 mm guns to his head, asking for his money.” In fact, after she beat state Rep. Jason Villalba in the Republican primary, Abbott endorsed her. She lost the general election to Democrat John Turner.

And party leaders remained quiet when then-state Rep. Betty Brown of Terrell, during a 2009 legislative hearing on voter identification, suggested Asians should change their names to make identification easier. “Rather than everyone here having to learn Chinese — I understand it’s a rather difficult language — do you think that it would behoove you and your citizens to adopt a name that we could deal with more readily here?” Brown said.

Texas politics are changing as quickly as the state’s demographics — and the consequences of words like Miller’s are changing with them. In his home of Fort Bend County, only a very sound sleeper could miss those changes. It has become one of the most diverse counties in the U.S.; 178 languages are spoken by the families with children in the Fort Bend schools. And the politics have shifted, as well: An electorate that was reliably Republican at the beginning of the decade now often puts Democrats in office.

Democrat K.P. George beat Republican County Judge Robert Hebert in the 2018 election, knocking out an incumbent who had served for four terms. Hebert said at the time he wasn’t surprised by the result because the political shift was already well underway before the election. And George wasn’t a newcomer to the ballot. He’d been the president of the Fort Bend ISD board and had been watching the same changes Hebert was.

Miller’s own elections got closer over the years. He first won in 2012, with 63% to Vy Nguyen’s 37% — a snapshot of both the partisan and demographic status of the district at that moment. Miller won by almost 40 percentage points in 2014. Two years later, his advantage was trimmed to 15.7 percentage points. And in a 2018 rematch against Sarah DeMerchant, his 2016 opponent, Miller’s margin was whittled to 4.8 percentage points.

DeMarchant is one of four Democrats planning a 2020 campaign, along with three Republicans, including the two Miller insulted in his comments to the Houston Chronicle.

It’s not a sure bet that the next state representative from House District 26 will be a Republican. Beto O’Rourke beat Ted Cruz there in 2018. Trump won, but by less than his statewide average, in 2016.

The culture is changing rapidly. So are the politics.

The article was published at Analysis: A changing political climate in Fort Bend County and a politically fatal blunder.