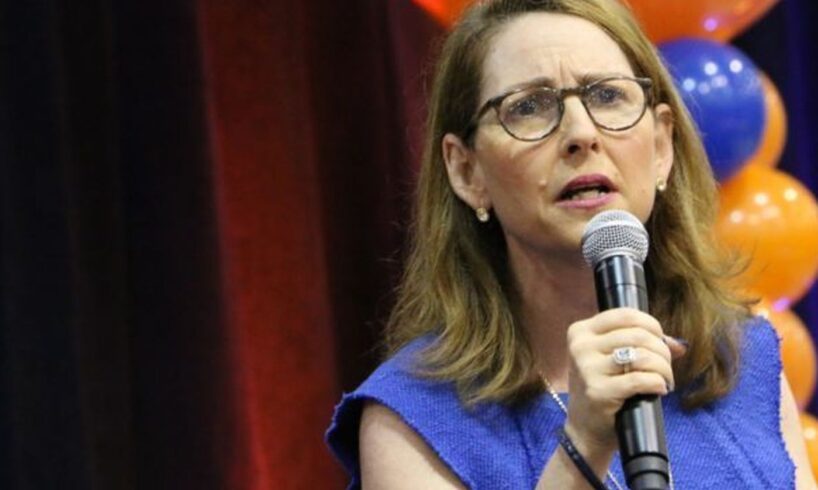 A spokesperson for New York City’s largest charter network resigned in protest, stating she can no longer defend Success Academy’s “racist and abusive practices” that are “detrimental to the emotional well being” of its students.

“I am resigning because I can no longer continue working for an organization that allows and rewards the systemic abuse of students, parents, and employees,” wrote Liz Baker, a Success spokesperson, in a resignation letter Tuesday.

“As the organization’s press associate, I no longer wish to defend Success Academy in response to any media inquiries,” she continued in the letter, which was obtained by Chalkbeat.

The stunning resignation letter comes as the network has been besieged by complaints from employees, parents, and students about a culture that some argue is racist.

Baker, who has worked at Success for about a year and four months, is one of the network’s most visible employees and was responsible for responding to reporters’ questions about the network.

In response to the mounting criticisms, the network’s CEO, Eva Moskowitz, held a series of town halls last week to address concerns. In her resignation letter, Baker said officials screened out critical questions from parents and employees.

“Questions deemed ‘too critical’ were rejected before they could be posted in the Live Q&A section visible to attendees,” Baker wrote.

One such question involved a bulletin board at a school that displayed paper cutouts of Black Success students hanging upside down with the heading: “Hang in there … It’s almost summer!”

Some teachers found the display offensive, invoking images of lynchings. (Success officials previously said it was meant to depict students hanging from monkey bars and the administrator who designed it is no longer with the network.)

Ann Powell, another Success Academy spokesperson, wrote in an email that “Liz worked here for more than a year, never questioned [Success Academy] policies or culture, and even when she gave notice today, did not voice any of the concerns that she wrote in her letter.”

In response to allegations about burying questions at the town halls, Powell wrote in an email: “There were many more questions than we had time to respond to over the course of 5 one-hour town halls, and we had to choose among those questions.”

Baker’s resignation is likely to draw further attention to turmoil at the network, which has boiled over in recent weeks.

In largely anonymous social media posts, people connected to the network surfaced complaints about calling 911 on students with behavior problems, policing Black students’ hair by banning certain headwraps, and a culture where white educators are comfortable dressing down parents of color for minor issues like arriving late to pick up their children.

Half of the teachers and principals at Success are white, 27% are Black, 13% are Hispanic, and 5% are Asian. Meanwhile, 83% of the network’s roughly 18,000 students are Black or Hispanic and most come from low-income families.

At a town hall meeting last week with staff, Moskowitz said she “stands in solidarity with all of the protestors” and apologized for not responding more swiftly to Floyd’s killing, according to a recording obtained by Chalkbeat.

“I was late, and I really regret that,” she said. “There was no attempt to be silent on the issue. I feel very, very strongly that Black lives matter.”

The article was published at Success Academy Official Quits Over ‘Racist and Abusive’ Practices at NYC Charter School Network.