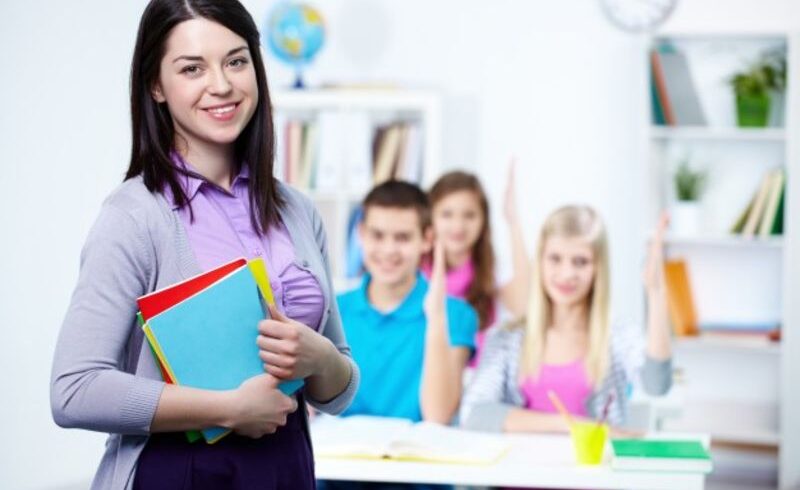 Despite school closures (re)occurring around the world as a way to slow the spread of COVID-19, early childhood education and care (ECEC) providers in Australia have been encouraged to keep their doors open since the start of the crisis.

While it was initially suggested there was evidence to suggest that young children were less likely to catch and spread the virus, there’s increasing debate over the strength and clarity of this evidence. With a fresh COVID-19 outbreak in an early learning centre in New South Wales, anxiety and fear among parents, educators and young children continues to increase.

As ECEC educators continued to attend work every day, they watched as teachers’ unions fought for the closure of schools to protect the health of their members – and seemingly succeeded.

Despite growing concerns over school teachers’ mental health as they tackled remote learning, little attention has been given to the experiences of ECEC educators, particularly in regard to their emotional wellbeing, and their concerns in supporting young children and their families during this time.

Research shows that early childhood educators’ mental wellbeing is vital for ensuring a quality of care and a quality education to young children.

While there have been concerns raised and advice provided to protect children’s wellbeing during the COVID-19 pandemic, there’s been a limited focus on understanding and safeguarding the mental wellbeing of educators who work within ECEC.

(It’s important to note that under the stage four restrictions introduced this week, current advice by the Department of Education and Training states that from Thursday, 6 August, “ECEC services in metropolitan Melbourne should only remain open to provide education and care for those children whose parents or carers are permitted workers and for vulnerable children”. This follows earlier decisions to keep early childhood centres open while schools and parliament close to minimise transmission.)

To further understand the situation, we invited early childhood educators to complete an online survey where they detailed their experiences in relation to their emotional wellbeing. With a strong response, 250 educators drew on their personal experiences during this crisis.

The survey revealed that COVID-19 has a strong impact on ECEC educators’ emotional wellbeing, and on the centre management in their support of staff and ensuring the financial stability of their program and provider. In addition, the educators expressed that they felt ECEC was devalued in comparison with educators at the school level.

The survey respondents expressed a range of emotions when describing the impact of COVID-19 on their emotional wellbeing.

I have felt angry, put at risk, overworked and exhausted and mentally tired for weeks now.

The decisions I had to make during this time caused me great stress and anxiety.

I experienced initial fear and anxiety, but was able to move through this relatively quickly using strategies that I have learned when I have been placed in previous challenging times.

There were many tough days, many long and tiring days. And many tears shed by me. I had to try and continue to be strong for my staff and make some tough calls whilst balancing my own fears, anxiety and safety concerns for my own health, and the health of my children and family at home.

For the centre management, they had the additional load of not only looking after themselves and the children in their care, but they had to look after their staff. While the salaries of school teachers in government schools were not reliant on parent payments, many ECEC providers were heavily impacted financially when they were asked to stay open, yet some parents choose not to attend.

I had the responsibility of the wellbeing of my staff as well as the pressure from the Department of Education to open. I had many of my staff members call me in tears, and I had to shoulder that. I had to make tough decisions based on information I was given. I had to ensure the kinder could survive financially whilst also ensuring my staff were looked after and would still have a job after the pandemic.

Disappointed by inequity between ECEC educators and primary teachers

While the decision was made for early learning centres to remain open, primary and secondary schools were closed. This emphasises the perpetual inequity among these education sectors.

Very annoyed that early childhood services were not held in the same regard as primary and secondary schools.

It definitely created some anxiety, and anger and frustration regarding how we are not treated the same as school teachers.

I initially felt overwhelmed and angry that the preschool/early childhood sector had been treated differently to the school sector. I have had to accept the difference to keep my job.

I have been a little disappointed in the fact that we as educators haven’t been acknowledged as much as others in the media. Each night we hear about the “heroes” of the pandemic, such as medical personnel, cleaners, and now even courier drivers are considered heroes of the pandemic. And the attention that primary/secondary teachers have also received, again very well deserved, but we are also teachers. It would be nice to be acknowledged and celebrated as much as our primary/secondary counterparts.

The article was published at The emotional toll of COVID-19 among early childhood educators.