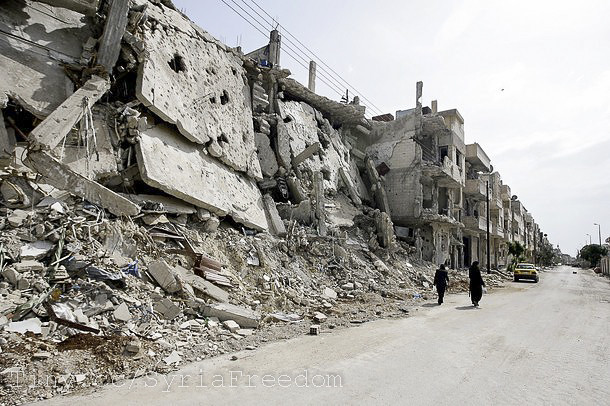 It’s my privilege to share a few reflections at the end of a pivotal year, at News Deeply and in the world at large.

When we launched Syria Deeply four years ago we were propelled by two truths. First, we knew the conflict in Syria, if left unchecked, would lead to heaps of human misery. The interconnected threads of the Middle East were all stirring and strained by what was happening there, even at the beginning of the uprising. From its earliest days in 2011, this conflict contained all the seeds of its current catastrophe — each day has been an incrementally unfolding disaster. It was vital that we keep up with the conflict as it developed .

The second truth was that traditional media models would not be able to keep up with the nature and scope of the Syrian crisis. Our founding team knew directly from our work at mainstream news outlets that something about that model was broken, or at least ill-equipped for the complexity of the crisis.

I am horrified that we were right. I wish we had been wrong. All we did was observe that a few pieces seemed out of place — what was happening to Syria and in the media coverage of Syria was a showcase of dysfunctional dynamics that would eventually encompass us all.

What we have today is a systemic failure of our information systems. We are unable to adequately capture, convey and keep up with serious issues that need close attention. We haven’t found a way to create constructive conversations that move those issues forward. From those cracks in our media systems there has grown a lack of understanding and an absence of civility; we don’t have a common baseline to start from or a productive public square in which to synthesize what’s going on.

All of this worries me profoundly. As a species, how are we ever going to solve problems that we don’t fully understand, that we haven’t assessed and that we can’t follow in real time? How can we collaborate to make things better if we don’t know who’s out there doing good work and finding solutions that chart a better way forward? The answer is we can’t, not without solid information, delivered through models that match the needs of our time.

And so we will keep carrying out and expanding our work, delivering insights that help make sense of the world. I could not be more proud of the team we have and the work they’ve done. Here are just some examples:

On Refugees Deeply we published a landmark report on the manufacture of hate — examining the factors that fueled xenophobia in Eastern Europe, undermining the E.U.’s refugee response and its broader continental unity.

On Arctic Deeply we captured the wisdom of people like Sheila Watt-Cloutier, an Inuit activist who has helped re-frame issues such as toxic chemicals and climate change into human rights issues.

On Water Deeply we sparked important community conversations with experts such as climate scientist Juliet Christian-Smith and state regulator Max Gomberg about how California and the American West must prepare itself for climate change.

On Women and Girls Hub, we went in-depth on family planning — looking at the successes and ongoing challenges of letting women choose when to have their children — and shone a light on efforts to end child marriage in Africa and India.

And on Syria Deeply, we captured unique stories and voices on the ground, like those who decided to stay in Aleppo, the world’s most dangerous city, after five years of near-continuous violence.

This year, we also hosted dialogues on Zika and the Media, convening leaders in media and public health to reshape responsible journalism — to consider the media’s response to pandemic risk. We brought together Syrian journalists and women leaders to illuminate the way forward for that country. We did our best to produce authoritative, honest information and constructive, solutions-seeking dialogue.

There will be more of all of that in 2017. The dynamics of our society, which are shaped by the complex problems we face, have shifted dramatically this past year. They have shifted in ways that now make those problems harder to solve. At News Deeply we will be doing our part, putting in our utmost effort as a media platform, to create the conditions for a better world.

Our best wishes to you and yours. Thank you for being with us and we look forward to serving you ever better in the year to come.

Article originally published on New Deeply. See on Reflecting Deeply on the Year Past