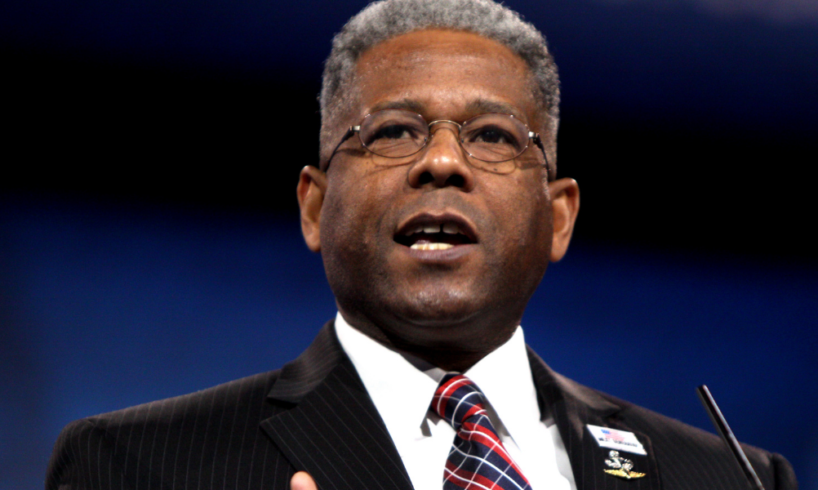 Incoming Texas GOP Chairman Allen West is fairly new to Texas, but he is not new to national politics.

West, a one-term former member of Congress from Florida, found his path to a political comeback early Monday when he was declared winner of a tough fight for the state party chairmanship, unseating the current chair, James Dickey. Some Texas political insiders have yet to meet him personally. But if prior phases of his career are any guide, he is likely to bring strong fundraising — and controversy — to the state GOP. West has made a career out of pushing aggressive, no-holds-barred politics.

“I think that Texas really gained something,” said Chris LaCivita, a political consultant who worked with West in Florida. “We need a warrior at the top of the helm of the Texas GOP going into this election cycle and to help lead Republicans.”

West, who didn’t respond to a message seeking comment for this story, made his approach to politics clear in 2009 when speaking to the now-defunct conservative publication The Weekly Standard.

“There are three words I hate to hear used. I hate ‘big tent.’ I hate ‘inclusiveness.’ And I hate ‘outreach,'” West said, according to the Almanac of American Politics. “I think you stand on the principles that make you great, which transcend everybody in America, and people will come to it.”

His career has taken many twists on the way to leading the Texas GOP.

West grew up in a military family in Atlanta, and his father was a World War II veteran who encouraged him to join the military. After graduating from the University of Tennessee, he served in Italy, South Korea and the Middle East. He later went on to earn a master’s degree in political science at Kansas State University and a master’s in military arts and sciences, with a focus on political theory and military operations, from the U.S. Army Command and General Staff Officer College.

In 2003, the military reprimanded him for threatening to kill an Iraqi detainee.

West has said he was trying to stop an attack on him and his fellow troops. While interrogating an Iraqi police officer, West reportedly shot a pistol next to the officer’s head. He was fined $5,000 and allowed to retire with full benefits. But conservatives rallied around his case, raising money for his defense and writing him letters of thanks.

“The fact is, I made a choice, the choice had consequences and I accept that,” West told The New York Times in 2004, adding that he is “not some bully who goes around threatening men’s lives. Certain things we have to do in war are outside our character.”

After moving to Florida, West taught high school history classes for a year and then worked for a defense contracting firm before diving into politics.

He first ran for Congress in 2008 but struggled to raise funds and lost to Democratic incumbent Ron Klein of Florida. He ran again for the same seat two years later and this time defeated Klein by nearly 9 percentage points in a wave election for Republicans.He was the first Black Republican elected from Florida since Reconstruction. And in a political climate that strongly favored Republicans, West raised nearly $2.8 million more than the Democratic incumbent.

In a debate during the 2010 campaign, he said his goal included “destroying the liberal progressive socialist machine and its legislative agenda. Klein is just a steppingstone to that end.”

West only served one term, but he built a large profile for a freshman in Congress, known for fighting bitterly with Democrats. He made news for sending an email to then-Democratic National Committee Chairwoman and fellow Florida U.S. Rep. Debbie Wasserman Schultz calling her “vile, unprofessional, and despicable,” in an email about federal spending.

And in an interview with radio host Michael Savage, West said former President Barack Obama is “probably the dumbest person walking around in America right now.”

But he also won Republican admirers inside and outside of Congress.

“Allen West is a committed, conservative patriot who has served our Country in combat and in Congress,” wrote U.S. Rep. Bill Flores, R-Bryan, in an email to The Texas Tribune. “He and I were sworn-in together as new members of Congress in 2011, and worked together to restore America’s security, exceptionalism, and greatness. I believe that he will do a great job of leading the Republican Party of Texas with a compelling message of inclusion, opportunity, economic freedom, values, and national security.”

By 2012, a GOP redistricting plan added more Democratic voters to his district, so he decided to run in a neighboring district. In that race, he showed his true fundraising prowess by raising $19 million for his campaign — $14.6 million more than his opponent and more than any other House candidate except the House speaker at the time, John Boehner. He still lost to Democrat Patrick Murphy.

Two years later, the father of two moved to North Texas after being named CEO of the Dallas-based National Center for Policy Analysis. The center shuttered three years later, a development that came up in his run for party chair this year. The think tank’s board had ousted founder John Goodman earlier in 2014, and under West’s leadership, it hired a finance director who was ultimately accused of embezzling hundreds of thousands of dollars.

During a forum earlier this year, West admitted the think tank “should’ve done a more extensive background search” on the finance director. But West argued there was already a “very tough situation” when he got there in the wake of Goodman’s removal and related litigation. The think tank’s former legislative director released a letter saying West joined the center when it was already in turmoil and said West’s “loyalty and steadfast leadership … are significant reasons why the NCPA lasted as long as it did.”

West launched his bid for Texas GOP chair last August, aiming to unseat Dickey, who has served as state Republican chair since 2017. West again raised a massive amount of money for the position he was seeking — $627,000 compared with $48,000 for Dickey. That included a $250,000 donation from Illinois-based conservative megadonor Richard Uihlein.

West’s victory is a major disruption for the Texas GOP. Dickey had been a controversial figure among the party’s grassroots. He helped build up the state party financially, saying during the campaign that he’d grown its funds from roughly $700,000 combined across all party accounts to over $4.7 million under his leadership. But activists within the party were frustrated that Dickey didn’t stand up more to the state’s elected leaders when hardline conservatives were frustrated over the handling of issues like school finance and property taxes.

“Allen is a very proud American who devoted his life’s career to serving the country,” LaCivita said. “Allen’s profile and Allen’s name is all that’s needed.”

Democrats, meanwhile, pounced on the news.

In a statement, the Texas Democratic Party called West and the Republican Party of Texas a “match made in heaven” and pointed at various of his previous incendiary comments.

“West is everything that is wrong with the Republican Party and brings to light their failures on building an inclusive, welcoming party that is deliberate and thoughtful in handling crisis situations,” Texas Democratic Party spokesperson Abhi Rahman wrote.

He’ll take over at a pivotal moment for the party. Long dominant in Texas, the GOP is expected to be on the defensive in 2020. Democrats are aiming to flip the state House, win multiple congressional seats, and — if all falls into place — maybe even compete to unseat U.S. Senn. John Cornyn, R-Texas and deliver the state to former Vice President Joe Biden.

Election Day is less than four months away.

The article was published at From the Iraq War to representing Florida in Congress to Texas GOP chair: Here’s what you need to know about Allen West.