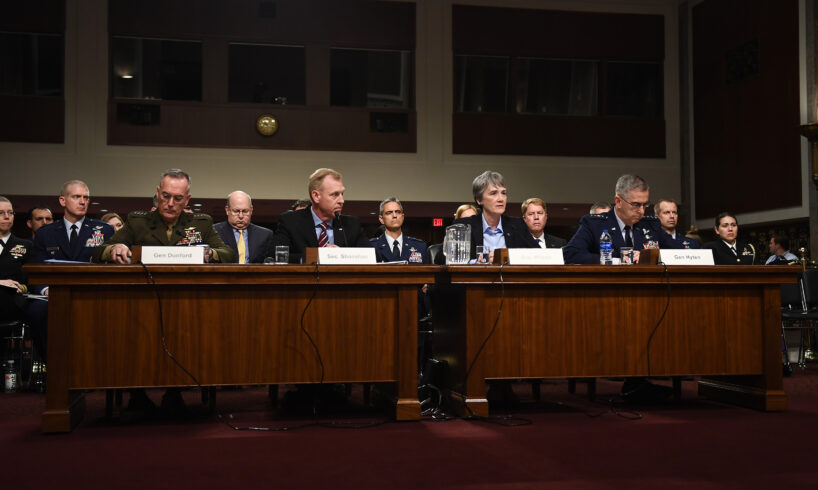 If ESPN analyst Craig James decides on a bid for Kay Bailey Hutchison’s U.S. Senate seat, he will join a less-than-exclusive team of sports figures turned politicos. Jack Kemp, J.C. Watts, Steve Largent, Bill Bradley, Jim Bunning, Heath Shuler and of course, Arnold Schwarzenegger, are all-star players. Seven-time Tour de France winner and Austin resident Lance Armstrong, who often hints at Senate or gubernatorial bids, is another prospective draft. And other Texas sports stars have flirted with political runs in the past, notably Roger Staubach and Nolan Ryan.
Besides “fear of a full-time job,” SMU political science professor Cal Jillson attributes the number of athletes who make the cross from the sports to the political arena to the confidence, or “dramatically inflated ego,” that comes with athletic prowess.”When you have become prominent in one area of life, it is not difficult for you to come to believe that you have a particular gift, a particular set of abilities that would translate to politics,” Jillson said, noting that he thought this was “mostly a demonstration of ignorance of what politics involves.”
James has been phoning potential supporters around the state about a run for Hutchison’s seat; she has said she’ll resign after the primaries, leaving the rest of her term to be filled in a special election. The former New England Patriot and SMU running back, who did not respond to requests for an interview, will make a public appearance later this week at the Texas Public Policy Foundation’s annual policy conference.
Dan Neil, a Republican challenging Austin Democrat Donna Howard for her seat in the Texas House, said his past as an offensive lineman for UT and the Denver Broncos would help him in politics because it taught him to work well with others under pressure.

“To accomplish anything on the football field, it takes teamwork. If you don’t work together, you aren’t going to get anything done and that transfers into politics more than anything,” Neil said, adding, “There’s nothing like going out on an athletic field in front of 100,000 plus people in person and then countless more on TV, and [knowing] if you don’t perform well, you’ll be out of a job.”
Another reason for the prevalence of former athletes on the ballot is that the same popularity that attracts fans (and builds egos) attracts party apparatchiks and political backers looking for strong candidates, according to University of Texas government professor Daron Shaw: A former football star has the built-in name recognition, ready-made network of donors and usually, the personal funds and media experience for campaign success.
Still, Shaw said, there are drawbacks to this campaign recipe, noting that since former sports stars have “a bunch of people telling them they’re going to be great candidates, and they’re used to having hangers-on, it might be tough for them to actually put in the time and go to school on how to be a good candidate.” Shaw said candidates cum athletes might also have to overcome the “dumb jock stereotype” and encounter resistance from voters who feel like “they were handed something, instead of working their way up.”
James might have more to worry about than potential constituents who think of him as more ESPN than CSPAN. There’s some sports-related baggage that comes with his football glory: His complaint that precipitated the firing of Texas Tech Raiders coach Mike Leach, for instance. James said Leach forced his son, sophomore receiver Adam James, to stand in an equipment locker for missing practice with a concussion. Tech, in a controversial move, fired the wildly successful coach. The New York Times quoted Leach saying the elder James leveraged his position as an ESPN analyst to gain playing time for his son, and reported police had increased patrols around the James home because of online threats from fans. One West Texan has already expressed incredulity at the possibility of a James senate run: Lubbock Republican Party Chair Chris Winn told the Fort Worth Star-Telegram, “I’d run Mike Leach for Senate before I’d run Craig James.”
And James was at least tangentially involved in another piece of dark college football history. That would be the SMU football scandal of the 1980s, in which the NCAA found college boosters had slipped almost $61,000 in cash to players on the sly and invoked the “death penalty,” cancelling the school’s 1987 football program and allowing the team to play only seven away games in 1988. Though never accused of wrongdoing himself, James, who graduated in 1982, was on the team in the years that led up to the NCAA investigation.
James might have enough glitter left over from his past as an NFL standout to lure voters in his direction despite these hiccups.

He’d still have to deal with the skeptics, though. Like Jillson, who admitted that while James’ non-political background could appeal to members of the public who believe government just needs some “grounded common sense,” said there’s nothing “that suggests Craig James has that to bring to the battle.” “In fact,” he continued, “there’s good reason to believe he is fairly ego-centric. And while that might not make him standout among politicians, it’s not a credential.”

Texas Tribune donors or members may be quoted or mentioned in our stories, or may be the subject of them. For a complete list of contributors, click here.

Article was originally published at Game On