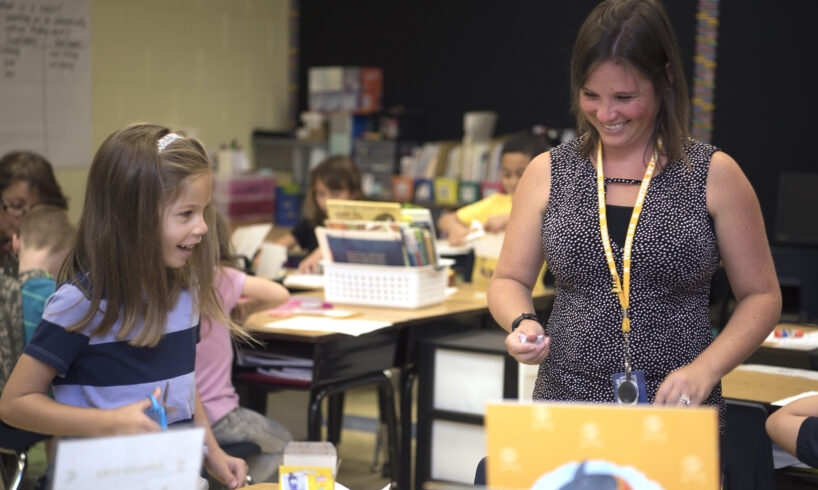 (The Center Square) – Growing unrest by parents over continuously changing policies by school boards, superintendents, judges and other local leaders, coupled with the statewide mask requirement, has led many to pull their children out of public school.

In Texas’ major metropolitan areas, most school districts are beginning the first semester of school using only virtual learning curriculum with no in-person instruction. This process involves parents, guardians or babysitters printing out the material, logging the child into the system on a computer, and teaching them themselves. Many parents have resorted to dropping their children off to local YMCA’s or childcare centers instead of being able to bring them to school.https://f9171b5e8e54408c2bcc420a28074959.safeframe.googlesyndication.com/safeframe/1-0-37/html/container.html

School districts receive money from the state based on student attendance – which during virtual learning means logging on remotely. There is no oversight to determine that a child is actually attending remotely other than someone logging in their name to the system. Many parents are asking where their taxes are going if teachers aren’t teaching, according to numerous local news reports and complaints posted on social media networks.

Parents have sent letters to Gov. Greg Abbott asking him to intervene. The governor has repeatedly said in news conferences that it’s up to the local school districts to decide when and how schools can reopen. He also said that local health departments may close down schools in the event of a coronavirus outbreak.

“While local health authorities may possess some authority to close schools in limited circumstances, they may not issue blanket orders closing all schools on a purely preventative basis,” he said in a statement last month. “That decision rightfully remains with school system leaders.”

Increasingly across Texas, parents have decided to opt out of public school altogether. With school districts being hamstrung by judges or feeling that elected officials are not listening to them, parents say they are taking matters into their own hands.

Withdrawals from Texas public schools are up, according to the Texas Home School Coalition. It processed 3,114 withdrawals from school in July alone. And the number keeps increasing.

“This is almost as many withdrawals as were processed in the 2019 calendar year, and this number represents only a portion of the total withdrawals statewide,” the coalition says.

“Historically, August sees the largest number of withdrawals to homeschool; often three to five times higher than July numbers. This indicates that August could be another record-breaking month.”

The coalition’s online withdrawal tool automatically generates a withdrawal letter that families can use to email to their schools to complete the withdrawal process and begin home schooling.

Withdrawals through this tool, in addition to the call and email volume it received from families asking how to home school, spiked dramatically within the first 24 hours following the Texas Education Agency’s announcement of new back-to-school guidelines on July 7, the coalition states.

“With the landslide of families moving to homeschooling, it is clear that many families don’t feel comfortable sending their children back to public school in the current environment,” Tim Lambert, president of the Texas Home School Coalition, said in a statement.

“Homeschooling has become an increasingly popular option for families looking for a safe, flexible and well-established form of education for their children,” Lambert adds. “We will be here to support the tens of thousands of new families who are beginning homeschooling this year.”

Between 23,000 and 25,000 students withdrew from public schools to home school each year in 2018 and 2019, according to data TEA data. Home school withdrawals have increased seven percent annually on average over the past 20 years in Texas.

The article was published at With ever-changing education plans, more parents are withdrawing students from public schools for other options.