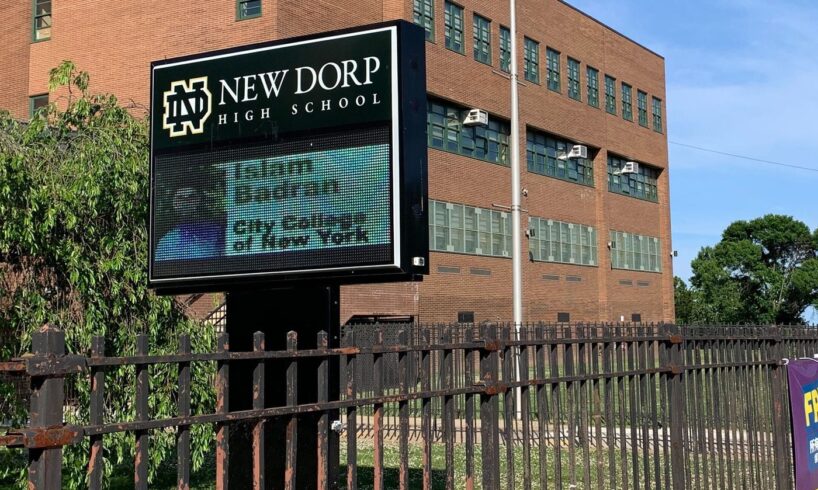 A Staten Island assistant principal has been reported to the Department of Education for investigation of a Facebook post citing racist memes and the “privilege” of people on public assistance.

“Privilege is wearing $200 sneakers when you’ve never had a job. Privilege is wearing $300 Beats headphones while living on public assistance,” said the post on a since-deleted Facebook page in the name of Deborah Morse-Cunningham, who oversees instructional support and English as a New Language at New Dorp High School, where about half of the students are people of color.https://platform.twitter.com/embed/index.html?dnt=false&embedId=twitter-widget-0&frame=false&hideCard=false&hideThread=false&id=1274391473379856385&lang=en&origin=https%3A%2F%2Fwww.thecity.nyc%2F2020%2F6%2F21%2F21298498%2Fracist-facebook-post-allegedly-tied-to-staten-island-assistant-principal&siteScreenName=THECITYNY&theme=light&widgetsVersion=219d021%3A1598982042171&width=550px

The post also took aim against the recent anti-racism demonstrations sparked by the death of George Floyd at the hands of Minneapolis police: “Privilege is the ability to go march against, and protest against anything that triggers you, without worrying about calling out of work and the consequences that accompany such behavior.”

A woman who answered the phone at an address for Morse-Cunningham hung up Sunday when THE CITY called for comment. A representative of her union, the Council of School Supervisors and Administrators, did not immediately respond to requests for comment.

Outraged parents, students and alumni took to social media to decry the post and launched an online petition to remove Morse-Cunningham, who made $144,000 in salary in the 2018-19 school year, as assistant principal.

“As someone responsible for the tutelage of our youth, this is especially troubling and problematic rhetoric to say the least. This leads me to question what kind of practices she’s instilled in the culture at New Dorp High School, and what kind of environment our children are learning in, especially Black youth,” reads the petition.

Emily Zoda, a 2013 graduate, said she was disheartened after reading the post Saturday.

“My first thought after seeing that was: if she’s going to be deciding curriculum for the students and especially after the recent awareness and memorialization of Juneteenth, how can they trust in her to do the right thing for history classes or for the students?” Zoda, a 24-year-old digital producer, told THE CITY.

New Dorp High School’s principal, Deirdre DeAngelis, sent a message to parents Saturday evening denouncing the post and said the issue had been referred to the Department of Education for investigation.

“We are taking this matter very seriously and have reported it to the appropriate investigatory office. We want to assure you that New Dorp High School does not stand for or condone language that promotes intolerance or hatred of any kind,” DeAngelis wrote. “The words contained in the post go against the beliefs and values of our school and do not represent us in any way.”

A DOE spokesperson confirmed that the post had been reported.

“The DOE stands against racism and schools must be safe and inclusive learning environments,” said the spokesperson, Miranda Barbot. “Teachers and staff have a responsibility to uphold those values, and the principal reported this incident for investigation.”