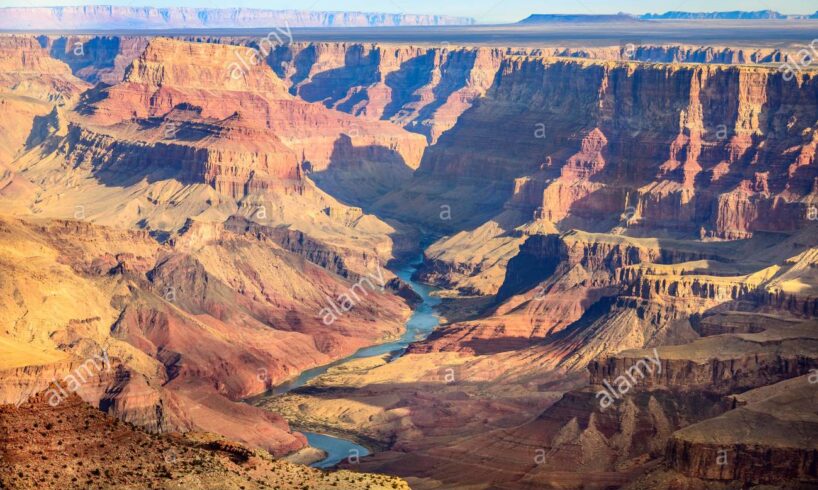 With shortages looming, Colorado interests are struggling to finalize a drought contingency plan. The state is split between East and West over whether water saved to boost Lake Powell storage should be required or voluntary.

COLORADO’S WESTERN SLOPE water managers have doubled down on their position that they will oppose federal legislation creating a new regulated pool of water to boost the falling level of Lake Powell unless Colorado adopts a policy that the pool should be filled only on a voluntary basis.

At a well-attended water meeting last week, Andy Mueller, the general manager of the Colorado River Water Conservation District, said that without a new state policy putting limits on how water can be stored in the big reservoir, “You will find that our district, the Southwest District and hopefully others will be, frankly, opposing the federal legislation.”

Mueller said his district and the Southwestern Water Conservancy District “have to have those guidelines” in order to protect agriculture on the Western Slope, a stance first expressed by both districts in September.

In response to the Western Slope’s concerns, a policy on how to fill a new “demand management storage” pool in Lake Powell is being drafted by the staff of the Colorado Water Conservation Board (CWCB) for review by the agency’s directors on November 15.

“I can’t say with certainty, but I believe that policy will be established and will allay the concerns that we’ve heard,” Steve Anderson, a CWCB board member representing the Gunnison River Basin, said at the meeting.

But there may be still be a gap between the protections the Western Slope wants and the Front Range’s stance, which is that it may be necessary to fill the proposed pool of water in Lake Powell through mandatory cutbacks in water use if voluntary efforts are not enough.

Water managers from Southern California to Wyoming are watching the ongoing debate because if Colorado can’t reach a consensus, an ongoing effort to establish a “drought contingency planning” program could falter.

Draft “DCP” agreements are now under review in seven states. They would change the way water is stored in Lake Mead, which primarily affects the lower Colorado River Basin states of California, Arizona and Nevada.

In the upper-basin states of Colorado, Utah, Wyoming and New Mexico, the DCP agreements would set up a process to release water from Flaming Gorge, Blue Mesa and Navajo reservoirs, if necessary.

The agreements would also create a pool of water in Lake Powell that would be shielded from current regulations that balance water levels in both Lake Powell and Lake Mead.

Regional water officials are working hard to gain widespread consensus by December 14 for the DCP agreements in both the upper and lower basins, and given how slow water policy usually moves, it’s a tight timeline.

The necessary federal legislation to implement the program may be introduced during the coming lame-duck session in Congress, and any significant opposition to the legislation, such as that from the Colorado River District, could derail the effort.

And the differing views between Western Slope and Front Range water managers now appear to be the largest obstacle to gaining consensus in the four upper-basin states.

“I’m not aware of any other issue that has risen to the top like this,” said Amy Haas, the executive director of the Upper Colorado River Commission, which is coordinating the upper basin’s drought contingency efforts. “I know that some discussions have been difficult in other states, but not to this degree.”

A big beach on the lower Green River in late September is indicative of the low flows in 2018, which have caused water levels in Lake Powell to continue to drop. Plans to bolster flows in the reservoir by sending water down the Green and Colorado rivers are raising hard questions for Western Slope irrigators. (Photo by Brent Gardner-Smith, Aspen Journalism)

They agree that such a program should include equitable reductions in the use of water from both sides of the Continental Divide.

And they agree that the effort should start with a “voluntary, temporary and compensated” approach, with the goal of incentivizing irrigators to fallow fields and send the conserved water downriver to Lake Powell.

But where they differ is the potential use of mandatory reductions in water use if voluntary measures are not enough to keep Glen Canyon Dam operating as usual.

In a September 17 letter to the CWCB, the Colorado River and the Southwestern districts said the state must declare that “Colorado’s contributions to the demand management program will be generated exclusively through voluntary, temporary and compensated contributions of water.”

The key word there is “exclusively.”

The two districts also said they were concerned “that a demand management program might morph into a mandatory ‘anticipatory curtailment’ program or something else that has not been publicly vetted.”

Meanwhile, the Front Range Water Council, which includes the biggest water providers from Pueblo to Fort Collins, told the CWCB in a September 13 letter that if there is not enough water generated through a voluntary program, the state “may wish to pursue alternative measures to ensure continued compliance with the Colorado River Compact.”

To Western Slope officials, “alternative measures” sounds like mandatory “anticipatory curtailment,” where water rights are cut back by the state to avoid a compact call.

State officials continue to stress that the state is not developing a mandatory curtailment program and is focusing only on a voluntary program.

However, the Colorado River District’s Mueller has been telling Western Slope water managers that the Front Range, which uses large amounts of water from the Colorado River, is eager for mandatory curtailment.

“There are major water users, major interests in this state on the Front Range, who are talking about that,” Mueller said at the water meeting, which was attended by about 200 Western Slope water managers and users. “Because they either don’t think we are going to get the money for a voluntary program or maybe they see advantages to be had in mandatory curtailment.”

But Jim Lochhead, the CEO of Denver Water and the president of the Front Range Water Council, on Friday rejected Mueller’s assertions that it was pushing for mandatory curtailment.

“That’s not our preference, that’s not our hope, that’s not what we want to see – it’s just reality,” Lochhead said. “It may happen. I hope it doesn’t happen. But it’s not something we’re rolling out, and the first priority should be voluntary, temporary and compensated.”

But he also said, “At the end of the day, if we’re in trouble from a compact standpoint, the state is going to have to exercise its authority.”

This article was originally published by Aspen Journalism, an independent nonprofit news organization.