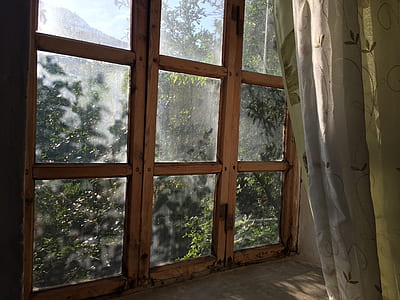 A social housing entrepreneur has resigned amid allegations the housing association he founded failed to provide adequate tax-payer funded support for domestic violence victims and other vulnerable tenants.

Stephen Dellar, who was himself once homeless, established London Housing Trust in 2010, but last week stepped down as a trustee after the Bureau raised questions about contractual arrangements with his commercial company as well as safeguarding concerns. The housing association regulator, the Homes and Communities Agency, has also launched an investigation into the trust’s governance.

LHT runs over 40 hostels across London, offering “supported housing” to about 200 vulnerable, homeless people, including recovering addicts, the mentally ill and ex-offenders as well as domestic violence victims.

This form of accommodation is intended to help these people get back on their feet. It is exempt from housing benefit caps, with the cost of additional support services negotiated between the local council and the landlord.

But while LHT has been paid up to £400 a week per room in benefits for its “supported accommodation”, some residents and staff claim help promised has not been adequately delivered. They also allege the trust failed to act promptly enough when concerns were raised about the welfare of several individuals including a tenant suffering from cerebral palsy who went missing.

And the Bureau’s investigation discovered that Dellar owns eight properties either personally or through a company, which are leased to LHT. Both Dellar and LHT’s operations manager also ultimately own companies that have provided commercial services to the trust.

One of the hostels operated by LHT is a dilapidated 16-bedroom house in Croydon, which is run as a women’s specialist domestic violence project. Rooms are charged at £423 per week, of which £408 is being paid by the council in housing benefit.

Croydon caps its housing benefit paid to private rental tenants at £82 per week, but LHT is able to claim significantly more as residents are offered additional services as part of the “supported accommodation” arrangement.

A former LHT employee told the Bureau tenants at the refuge, who include addicts, ex-offenders and women suffering from mental illnesses as well as domestic violence victims, were being let down.

The refuge is “meant to be staffed 24 hours per day as that is what Croydon council is paying for and it was what the women living there need,” the ex-employee said.

In tenancy agreements seen by the Bureau, LHT promises a concierge service, charged at £97 per week per person, and 24-hour support. London Housing Trust said 24-hour support was always available and that claims the property was not staffed around the clock are inaccurate.

Women at the refuge dispute this claim and when the Bureau visited the property in the early evening of May 17 there were no staff on the premises.

At the time, a male volunteer, who had a full time job elsewhere, was living overnight at the refuge as a “night warden”.

The Bureau spoke to four tenants at the property who said LHT staff called there during working hours, but did not do so every day, and that their one-to-one sessions with “key workers” were infrequent.

One resident claimed that for months earlier this year “there were no regular [daytime] staff let alone 24 hour staffing.” She added that she did not meet her key worker in that time. In the absence of staff, some of the women were harassed by other residents, she claimed.

LHT said: “We have payroll evidence to support our 24 hour staffing commitment. No residents have suffered any disadvantage because of inadequate staffing levels.”

In response to claims the trust had failed to act on women’s requests for referrals to specialist domestic violence services, LHT admitted that “some signposting was inadequate”. It said it is updating its notice boards and its staff training.

The trust has also replaced the male volunteer.

More seriously, LHT is said to have failed tenants in the refuge and other LHT properties by failing to inform authorities promptly enough when residents have gone missing.

“A domestic violence client with mental health problems went missing from the refuge in March this year and it took senior management a week to report her to the police,” claimed a former member of staff.

Residents at the hostel confirmed the account, adding that the woman had left without her coat or laptop, which she usually took with her.

The Bureau has established that the woman’s absence was first noted on March 16 2016 and a member of staff entered her room a day later.

LHT said police were informed on March 25 and added: “Between 19-24th March, several attempts were made to contact the person; we did not consider them to be a “missing person” at  this stage as our policy allows the person to be away from the accommodation for up to four days without notification.”

The ex-employee said safeguarding issues were not unique to the refuge, alleging that “a young male client with learning difficulties, cerebral palsy and a history of alcohol abuse went missing from a different property before Christmas 2015 and the police were not notified for weeks”.

LHT said the young man’s support worker – now a former employee – had reported him absent on January 12 2016, stating that he had been missing for two weeks. Police were informed on the same day, it said.

The young man had increased his alcohol use while at LHT, according to the former worker.

This is a problem that was raised by a number of people the Bureau spoke to. Part of the service offered by supported housing is to help people with addictions. But residents and staff claimed that drugs and alcohol were used by some residents in several of LHT’s hostels.

LHT said it had a “zero tolerance” approach to substance misuse and had evicted several residents for this over the past year.

At another LHT property in Lewisham, Cliff Terrace, vulnerable tenants have received utility bills for thousands of pounds. The hostel is shared by 12 residents. Across the ground floor the rooms are rented out to five women. These women are responsible for paying for utilities used and had been told they needed to pay LHT £10 per week to cover heating and lighting.

Yet the Bureau has seen a £3,000 bill sent to a woman who lived at the property for several months in 2015, who is now being pursued by debt collectors for the outstanding amount. (see case study)

LHT said it was aware of the issues and was working hard to address them. It added that although the organisation was not responsible for its tenants’ utilities, it would no longer respond to requests from companies for the names of residents in future. “Residents at Cliff Terrace will not be held liable for bills of other residents,” it added.

LHT also stressed that it had a robust and transparent complaints procedure.

Of its service LHT said: “Our clients overall rate us 4 out of 5 in our monthly satisfaction surveys. We have never received a complaint from any of our referral agencies.” It said its support services had been audited by Sitra, an external consultancy, and had received a “B” grade.

The Bureau spoke to a different provider of homeless housing which supplied a breakdown of its funding for a hostel for clients with high support needs in central London.

The Single Homeless Project (SHP) said one of its hostels in zone 1 of the capital receives £375 per room per week, of which £170 is funded by housing benefit and the rest from a separate council fund which covers support costs.

The hostel, which SHP rents from its owner, a housing association, is staffed 24 hours per day and has CCTV security.

LHT is a registered housing association and a not for profit company run by a board of trustees.

When the Bureau first started making enquiries the organisation claimed to be a registered charity on both its website and in marketing material. This is not the case and LHT has subsequently removed all references to its status as a charity from its website.

But the trust has several financial arrangements with a company ultimately owned by Stephen Dellar, LHT’s founder and former finance director, and with a company owned by its director of operations Winsome Chambers.

Dellar leases eight properties, which he owns personally or via one of his sole-owned companies, to LHT. He is the sole director and owner of a for-profit company, Helping Hand Housing Services. This provides property management services which have been used by LHT in the past.

Helping Hand owns a second company, Greenwich Lets, a letting agency that sources properties from third parties, which are then leased to LHT.

Greenwich Lets’ website says that all its costs are covered by the housing association, while profits go into a fund that “buys more of our own property”.

Land Registry documents show that together, Dellar and Helping Hand Housing Services Ltd have bought three properties worth £975,000 in London since 2012, without the aid of a mortgage. All three are used as hostels by LHT.

Besides Dellar, the other directors of LHT are two long-standing LHT residents, one of whom also works for LHT, another client who was a student when she was appointed in 2013 and a woman who is a relationship manager at Barclays Bank.

The Bureau asked LHT what structures it had put in place to deal with the conflict of interest inherent in Dellar’s and Chambers’ ownership of companies and properties that had contracts with LHT.

Chambers said Dellar had resigned as trustee of LHT “to protect the reputation of the organisation”.

Chambers added that she would also step down as a director of her cleaning services company. “To ensure there are no further allegations of conflicts of interest, without further ado, my name will be removed from the register at Companies House as a director of Limitless Care”. Her resignation was registered on June 7.

LHT added that it had no contractual arrangements with Dellar’s Helping Hand Housing Services.

The regulator HCA began an investigation into LHT on June 1. Croydon Council is also investigating the concerns raised.

The government is considering removing supported housing’s current exemption from benefit caps as it believes the system is open to abuse. But critics of the cuts say supported housing would be decimated by any cap on charges and many of the country’s most vulnerable people would be left without access to vital support.

The National Housing Federation, a membership organisation for housing associations, said it had suspended LHT from membership until “a full investigation has taken place”.

Gill Payne, director of policy and external affairs, added that this was “an isolated case” and should not be used to justify cuts to funding for supported housing. Removing the exemption would cause thousands of units to be closed, she added.

The case of LHT has also raised questions over the level of regulation of housing associations, particularly with regards to governance.

LHT is regulated by the HCA, which announced on June 1 it was investigating the trust’s governance and financial viability.

HCA guidance on its standards for housing association governance says board members should “clearly set out” how they manage conflicts of interests and ensure that “individuals who have control or influence” do not charge unfavourable prices for the provision of services.

The guidance also refers to a requirement for housing associations’ boards to be “appropriately independent”.

This story was originally published by The Bureau of Investigative Journalism, Revealed: Homeless housing trust accused of letting down domestic violence victims in £400-a-week rooms